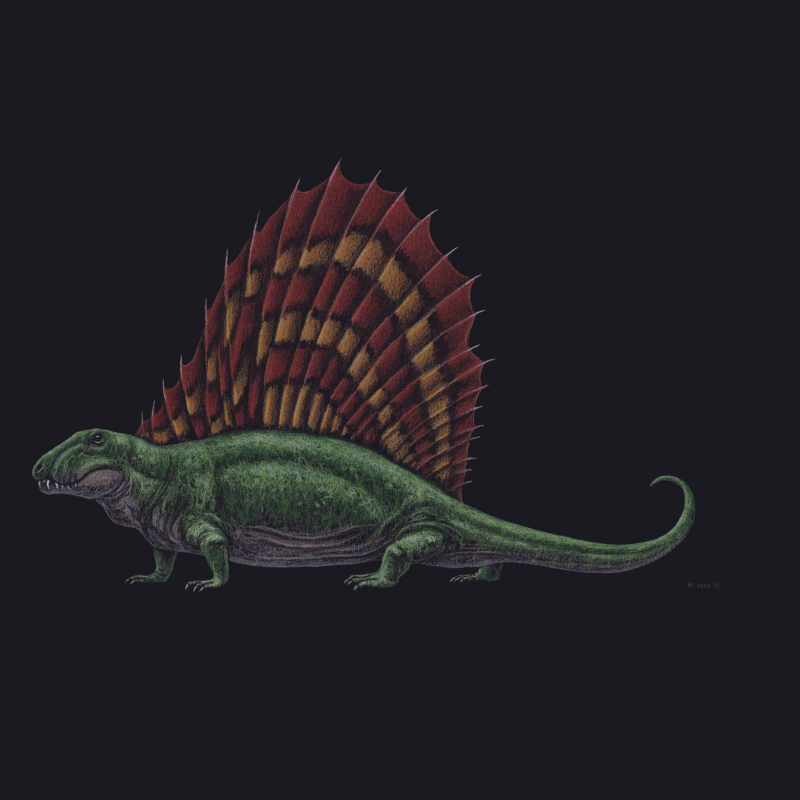 The top predator of the Permian period

Dimetrodon roamed the earth between 280 and 265 million years ago. Although it mostly resembles a reptile, or even a lizard, Dimetrodon is actually more closely related to us mammals. It is known as a ‘mammal-like reptile’. During the Permian period, Dimetrodon was one of the largest predators on land with a firm place at the top of the food chain, calmly surveying the barren and arid landscape of the time. The name Dimetrodon actually means ‘two measures of teeth’ because its sharp and pointed teeth distinguished it from other reptiles.

In addition to its ostentatious set of teeth, Dimetrodon drew plenty of attention when it sauntered over with its dorsal sail sticking up from its back. The sail was formed by elongated spines and extended straight up from the vertebrae. But what on earth did Dimetrodon use this dorsal sail for? Palaeontologists are still asking this question, but a possibility is that it was used to control its temperature – in exactly the same way as elephant ears and our own earlobes. Because surely you knew that your earlobe works like a little heating and cooling pad!