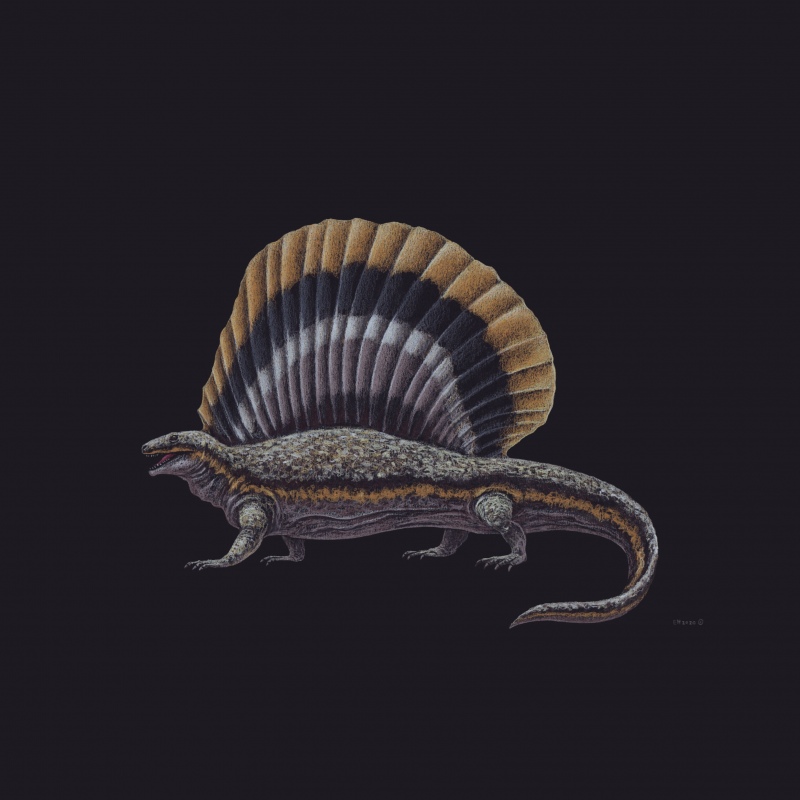 A life in the shadow of his carnivorous little brother, Dimetrodon

Edaphosaurus is often overshadowed by its carnivorous little brother Dimetrodon. They were both what is known as ‘mammal-like reptiles’, which is the name for the group of Permian period animals from which the first mammals later developed (our ancestors). The herbivorous Edaphosaurus was very similar to Dimetrodon but slightly larger. With its long four-legged body, Edaphosaurus strolled the landscape of the earliest Permian period.

This species of Edaphosaurus, namely boanerges, was slightly smaller than the other Edaphosaurus species and was first found in Texas in 1939. Edaphosaurus lived during the transition between the Carboniferous and the Permian period. From being accustomed to the lush Carboniferous period dominated by swamp forests filled with water holes and buzzing giant insects, Edaphosaurus adapted to life on the barren and arid Texas lands about 300 million years ago. The species grew larger and began laying eggs on land instead of in the water. But these Edaphosaurus eggs were vulnerable, both to the cold as well as to hungry neighbours. Edaphosaurus therefore came up with the clever strategy of storing its eggs in a pile of sand or a heap of rotten plants.

The adult Edaphosaurus also felt the cold, and most likely used its eye-catching sail to warm up in the morning after a cold night – just like Dimetrodon. Research actually suggests that the sail allowed the animals to warm up in less than half the time it would have taken if they didn’t have a sail. The sail may also have functioned as an impressive decoration when seeking another Edaphosaurus to mate with, just like a peacock’s tail does. Or as a deterrent against uninvited guests.