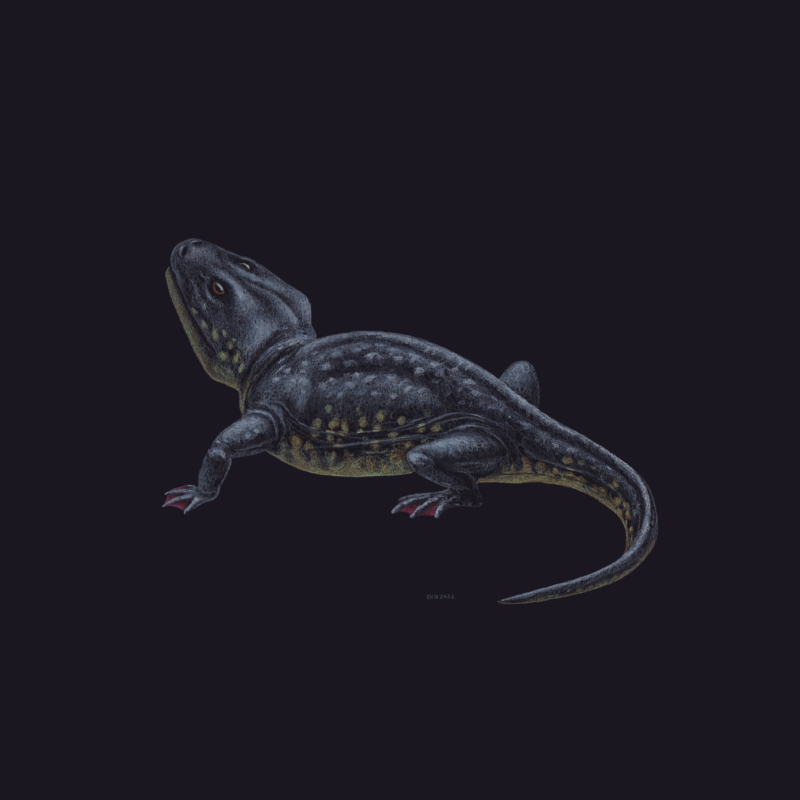 Sclerocephalus was a cousin of Eryops and Edops and looked very much like them. Once again, we have a metre-long toad that was hatched in water, where it underwent a transformation of its body that would enable it to move on land as an adult. From being a larva in the water with gills and large eyes, the eyes have shrunk while the gills have been transformed into lungs. The belly has grown to an enormous size, allowing the Sclerocephalus to move onto land, where it lies out of breath after its transformation from child to adult.

We also see such transformations today where frogs start as tadpoles or butterflies as larvae. Sclerocephalus was probably not a terribly nice animal. Fossils have been found in which some of the stomach contents have been recovered, and from these we know that its favourite food was the Permian fish Paramblypterus, which resembles modern perch and shellfish, but that it also ate an unlucky Apateon or was even a cannibal and ate smaller Sclerocephaluses.

Habitat: In water and on land